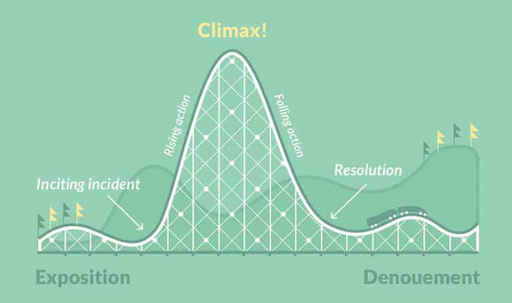 But, I'm starting to think his arc is more like a Shepard Tone:

Which is why it's so very very annoying.

Do you want Donald Trump to run for president in 2024, or not?

WHITE: Not college graduate
Want Trump to run 46%
Do not 46%

Some of the biggest names at Fox News have been questioned, or are scheduled to be questioned in the coming days, by lawyers representing Dominion Voting Systems in its $1.6 billion defamation suit against the network, as the election technology company presses ahead with a case that First Amendment scholars say is extraordinary in its scope and significance.

Sean Hannity became the latest Fox star to be called for a deposition by Dominion’s legal team, according to a new filing in Delaware Superior Court. He is scheduled to appear on Wednesday.

Tucker Carlson is set to face questioning on Friday. Lou Dobbs, whose Fox Business show was canceled last year, is scheduled to appear on Tuesday. Others who have been deposed recently include Jeanine Pirro, Steve Doocy and a number of high-level Fox producers, court records show.

Hearing a lot of people complaining that the Dems don't have anyone good to run for Pres in 2024.

So this is your reminder that in June 2006, 30 months before the 2008 election, Al Gore and Russ Feingold were the Dem poll leaders.

Are you sure? The news has been telling me that the election has been over for months now. https://t.co/mxJDyeedKD

This is where Republicans all stand together and tell this billionaire dilettante citizen of Germany, New Zealand and America that they have no room in their blue-collar party for foreign internationalist elitists. Right?

Since March of 2021, Thiel has pumped more than $20 million into 16 political campaigns, including the Ohio Senate race where close associate J.D. Vance last month won the Republican nomination, in part by attacking Big Tech and social media censorship. Thiel also has given at least $13.5 million to acolyte Blake Masters, a Republican candidate for Senate in Arizona who serves as president of Thiel’s personal foundation and has positioned himself as an adversary of Big Tech.

New reporting shows Thiel has set his sights on transforming American culture — and funding its culture wars — through what his associates refer to as “anti-woke” business ventures. These include a right-wing film festival, a gay dating app for conservatives founded by a former Trump administration ally and a firm, Strive Asset Management, that will “pressure CEOs to steer clear of environmental, social and political" causes, said Vivek Ramaswamy, the firm’s co-founder. One example is oil companies “committing to reduce production to meet environmental goals.”

Colorado Republican candidate for governor, Greg Lopez, would like the state to do away with the popular vote in which all votes are equal and replace it with an electoral college that would give more voting power to rural counties where Republicans perform better.

The Platform Committee of the Texas Republican Party has proposed a state-level electoral college, modeled after the federal system, which would check the rise of Democratic urban power and leave rural areas with more say in the governance of the state.

The draft platform says, “Be it resolved that the state legislature shall cause to be enacted a State Constitutional Amendment creating an electoral college consisting of electors selected by the popular votes cast within each individual state senatorial district, who shall then elect all statewide office holders.”

For a while I hesitated. But now I'm perfectly content calling them the anti-democracy party.

Gina Bisignano, a Beverly Hills beautician who helped her fellow Trump supporters smash at a window at the Capitol, noted in court papers connected to her plea that she had marched on the building specifically after hearing Mr. Trump encourage Mr. Pence “to do the right thing.”

While in the crowd, the papers say, Ms. Bisignano filmed herself saying, “We are marching on the Capitol to put some pressure on Mike Pence.” The papers also note that once Ms. Bisignano reached the building, she started telling others “what Pence’s done,” and encouraged people carrying tools like hatchets to break the window.

Similarly, Matthew Greene, a member of the Central New York chapter of the Proud Boys, said in court papers connected to his own guilty plea that he had conspired with other members of the far-right group to “send a message to legislators and Vice President Pence” who were inside the Capitol certifying the final stage of the election.

“Greene hoped that his actions and those of his co-conspirators would cause legislators and the vice president to act differently during the course of the certification of the Electoral College vote than they would have otherwise,” the papers said.

I'm pretty sure the election was already decided.

Maybe the pundits were just lazy and wrong?