A Dec. 22 Facebook post to the Upstate Conservative Coalition provides Pineo’s email address for people to contact her to sign up for the bus trip to Washington. On Dec. 26, the same Facebook account that posted about the bus trip uploaded a photoshopped image of Donald Trump in despair in the arms of Jesus Christ. The profile picture on the account also shows a winged figure holding a sword with the statement, “Not all angels play the harp and sing, some are called to battle.” 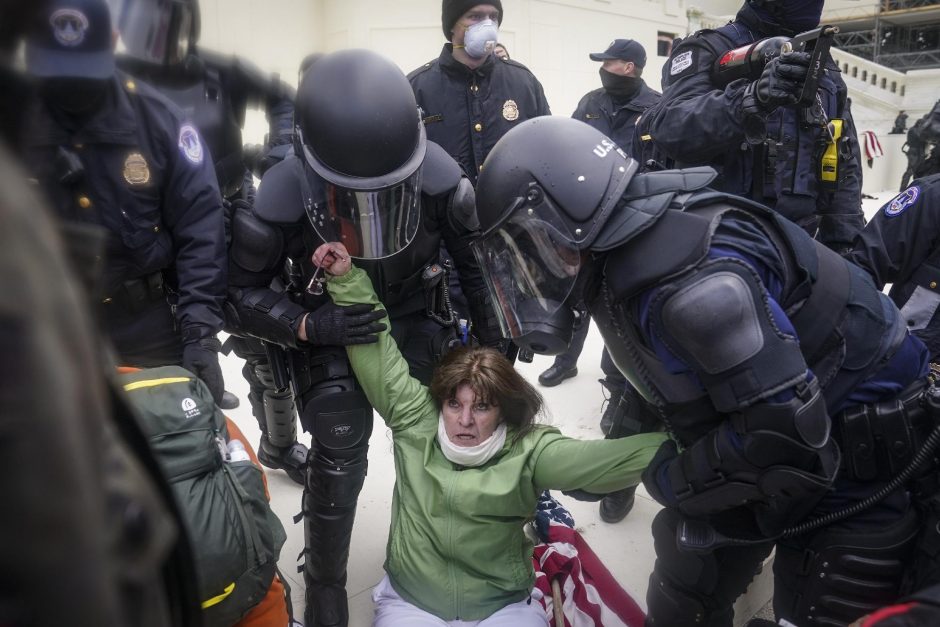 MALTA – Sharon Pineo, the Round Lake resident who was involved in Wednesday’s siege on the U.S. Capitol, has resigned as a member of the Malta Zoning Board of Appeals.

Pineo, who has been on the zoning board of appeals since 2018, did not mention anything about her involvement in last Wednesday’s riot when hundreds stormed the U.S. Capitol while Congress was meeting to certify the 2020 Electoral College. While a photo shared on social media shows her being led from the Capitol by police officers with her hands behind her back, there has been no evidence Pineo has been criminally charged.