In an era of waning American exceptionalism, inhabitants can at least pride themselves on an underratedly important, probably shameful distinction: They reside in the paper-towel capital of the world.

This status is unquestioned. According to data shared with me by the market-research firm Euromonitor International, global spending on paper towels for use at home (but not in office or public bathrooms) added up to about $12 billion in 2017, and Americans accounted for about $5.7 billion of that total. In other words, the U.S. spends nearly as much on paper towels as every other country in the world combined. 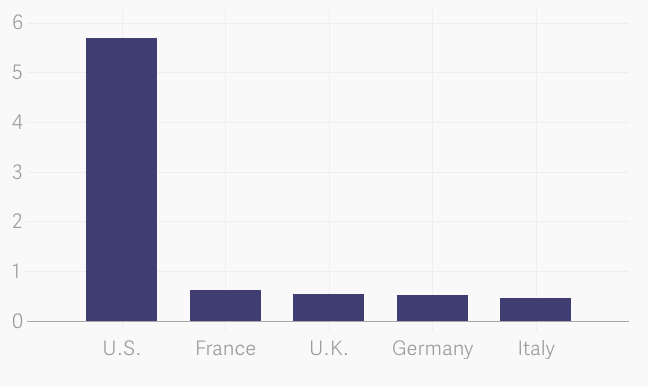