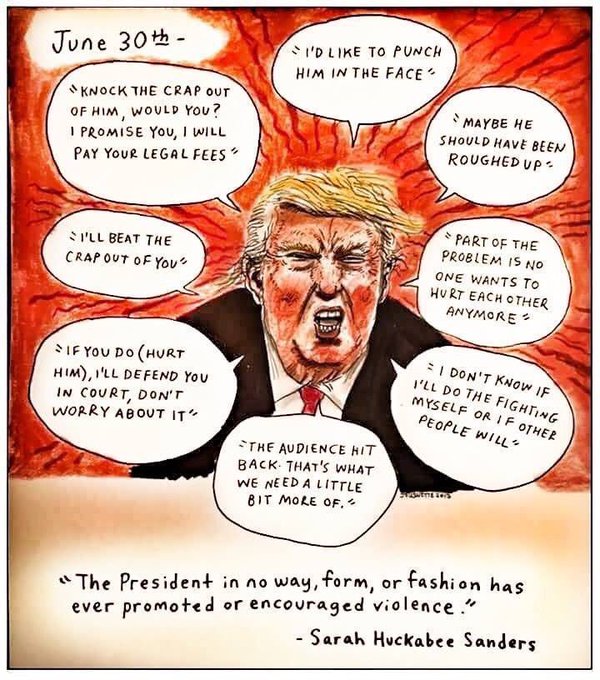 Somehow, conservatives think that the words to popular songs can instantly corrupt the innocent minds of children, but Trump's words never influence anyone. Except that they also think his tough talk about other countries is responsible for all kinds of wonderful things. But his talk about hurting journalists and how Democrats are 'crazy' is nothing to be concerned about. Yet when he talks about Making America Great Again it's inspirational and motivating. But when he says maybe the 2nd amendment people could have solved a potential Hillary Clinton problem, that's just bluster. And when he says "Merry Christmas" and "God bless America" he's showing moral leadership. But when he says he's entitled to grab women by their pussies, it's just harmless locker room talk.

I'd say they can't have it both ways. But I'd be wrong.