The fact is that Limbaugh was fundamentally uninterested in ideas, and by the time he had helped Trump’s improbable rise to the presidency, the host was essentially done with conservatism as a set of principles. “I never once talked about conservatism” during the presidential campaign, Limbaugh told his listeners after Trump’s election, “because that isn’t what this is about.”

On this great day, let’s listen to Robyn Hitchcock!

Few are as responsible for today’s fucked up politics as he is.

Like many Trump supporters, conservative donor Fred Eshelman awoke the day after the presidential election with the suspicion that something wasn’t right. His candidate’s apparent lead in key battleground states had evaporated overnight.

The next day, the North Carolina financier and his advisers reached out to a small conservative nonprofit group in Texas that was seeking to expose voter fraud. After a 20-minute talk with the group’s president, their first-ever conversation, Eshelman was sold.

“I’m in for 2,” he told the president of True the Vote, according to court documents and interviews with Eshelman and others.

Over the next 12 days, Eshelman came to regret his donation and to doubt conspiracy theories of rampant illegal voting, according to court records and interviews.

Now, he wants his money back.

Good luck with that.

GOP Senators are jurors in Trump’s trial, advisors to Trump’s defense team, potential witnesses in the trial, and co-conspirators.

[Not sure what the name of this tune is.]

I went and posted most of my music-like sonic product to YouTube (as ‘full albums’).

Now, I guess I just sit back and wait for the monetized clickthru engagements to make the Bitcoins start filling up my digital wallet? Am I an influencer? Sure. Let’s say I am.

A key point of the first chapter in David Byrne’s latest book (“How Music Works”) is that music is written with a view of the place it is to be performed and by whom it will be listened to.

In a sense, we work backward, either consciously or unconsciously, creating work that fits the venue available to us. That holds true for the other arts as well: pictures are created that fit and look good on white walls in galleries just as music is written that sounds good either in a dance club or a symphony hall (but probably not in both). In a sense, the space, the platform, and the software “makes” the art, the music, or whatever. After something succeeds, more venues of a similar size and shape are built to accommodate more production of the same. After a while the form of the work that predominates in these spaces is taken for granted — of course we mainly hear symphonies in symphony halls.

Which got me wondering. Where do I expect this stuff to be heard, do I even expect it to be heard? The answer is: it will be heard in my own headphones, once in a while. Sometimes I’ll send a CD of stuff to a particular friend who was part of it all when I started. Sometimes I’ll post it here. Sometimes I’ll play something for my wife. Mostly it goes unheard by anyone but me. And yet I keep on making it, because it’s fun to make.

So I’m posting it on YouTube because, even though it’s not something I do for other people, I want it to exist somewhere besides just F:\Smaller Animals\Albums\. To be maudlin, I want it to outlive me. And now it’s out there in the world, sharing space on YouTube with every other song ever written. 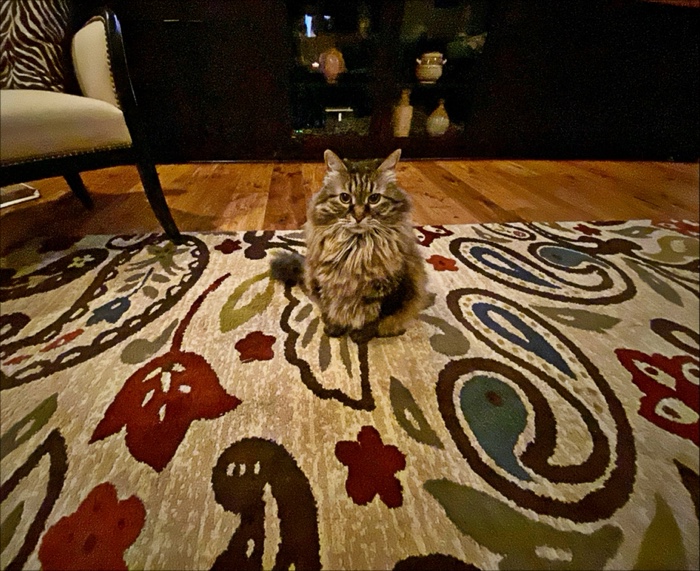