Buried in the results of a recent PPP poll of South Carolina:

I can see why pulling the pollsters' leg and responding "yes, she is the devil" for jollies. But "not sure" ?

Here's another good one: 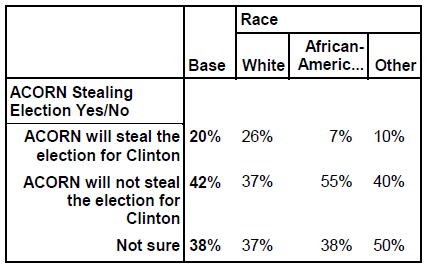 ACORN dissolved itself in 2010. It will not be stealing any elections.

21 thoughts on “The Devil In The Details”