Our first show since the Before Time was Spoon, at a nifty little 1,200 seat outdoor amphitheater in Wilmington NC. 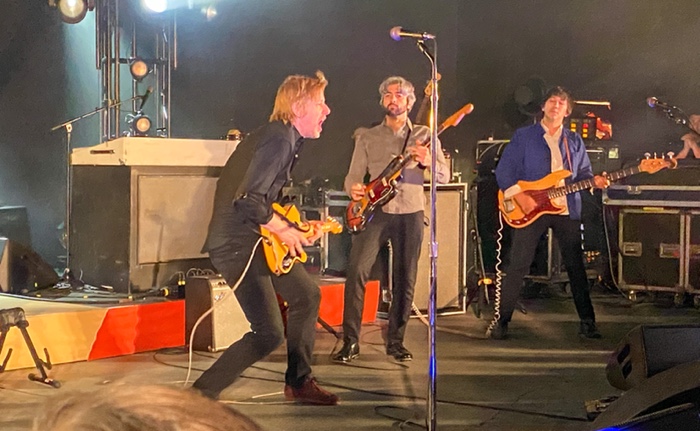 They were pretty great, much more interesting than the last time I saw them. Being right up front instead of all the way in the back probably helped. But they seemed more into it, too.

They have ten albums out now, so I wasn't expecting many songs from their older records. But, as with the 2008 show, I was a bit bummed that they played nothing from Girls Can Tell (their third) - or from anything before it. And only two from Kill The Moonlight (their fourth). Oh well. What they picked from the other six albums was all good, though.

I didn't take this video, but I'm in it.