Nick Lowe opened for them. I don't really know most of Lowe's stuff, except for his really big songs, so a lot of his set was unfamiliar. If I had to describe his style it would be "simply-arranged, early-mid 60's country/pop/rock ballads" - think Orbison, Glen Campbell, Burt Bacharach; a bit like Elvis Costello's ballads, but warmer. It wasn't until he got to "Peace Love & Understanding", (E. Costello's) "Alison", and "Cruel To Be Kind" that I finally recognized the songs and could appreciate that his voice hasn't really changed much since his commercial heyday. He's still got a great, rich voice, and I liked his songs enough to go buy his latest record, "The Old Magic".

Wilco played a bunch of songs off their new record. But since that record was released yesterday morning, nobody in the audience knew the songs. Tweedy got a couple of chuckles out of that. But, the new stuff fits right in with their older stuff, so t'was nothing shocking. 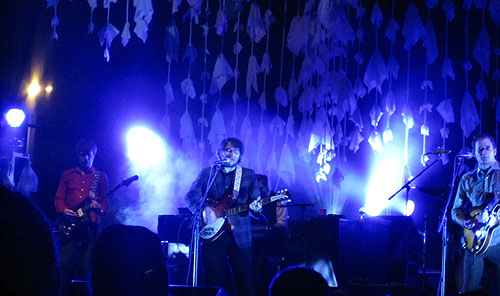 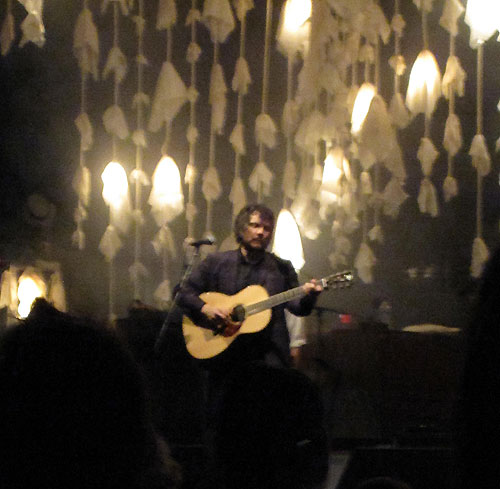 Nick Lowe came out for the encore and did his "I Love My Label" (which is included on Wilco's new record as a bonus track) and Jim Ford's "36 Inches High" (which Nick Lowe covered on his 1978 debut). 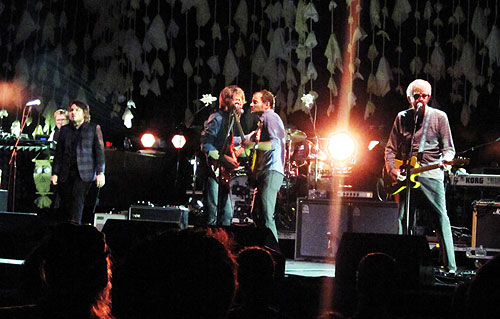 Nice night for an outdoor show. $39 for two beers and two sandwiches is a bit much, though. And the camera police are really damn annoying - making me take blurry pix because I'm too afraid to hold the camera up long enough to get steady: fuck you.