However, a far-right congressman from the other side of the country doesn't appreciate Bloomberg's confidence in New Yorkers. Speaking on the House floor last night, Rep. John Shadegg (R-AZ) went after Bloomberg personally, suggesting that the mayor's daughter could be "kidnapped at school by a terrorist" because of the trial:

I know this would be the first time any court in the US has ever tried any kind of dangerous and unpopular person, but I think we can probably be sure this guy's not going to escape and start kidnapping people. He's not a shape-shifting super-villian with a hypnotic stare and the strength of twenty men - he's a beat-down criminal whose been locked in various shackles for years.

I smell something - and not just the smell of piss from the perpetually pants-wetting GOP. No, I smell a business opportunity for the folks at Kimberly-Clark: 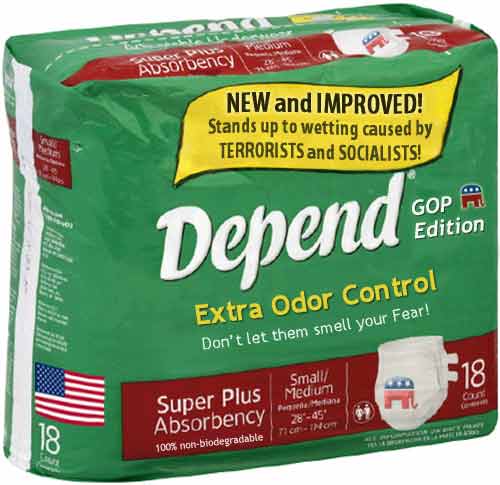 Wear two, if you're watching or plan to watch Glenn Beck.