Holy Sons started out. I'd never heard of them before, and wasn't in the mood for an opening band. But, their unique blend of jazzy, bluesy, psychedelic stoner-rock won me over. Not sure what it sounded like in the audience, but up close, it was thunderous. 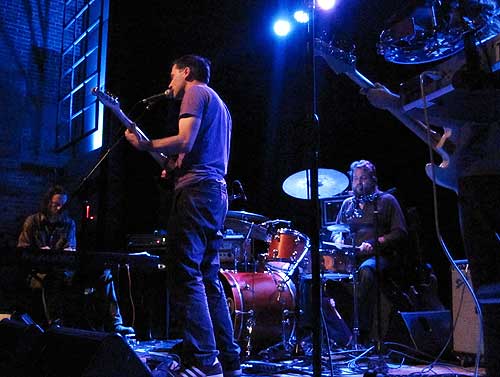 There's a little Fender Twin amp peeking out of the right side of that picture. But it wasn't just a normal Twin; it was a '65 Twin Custom™ 15. Instead of 2x12" speakers, it had a single 15", and made a huge sound. Loud as fuck. Took me about a millisecond to regret not bringing earplugs. 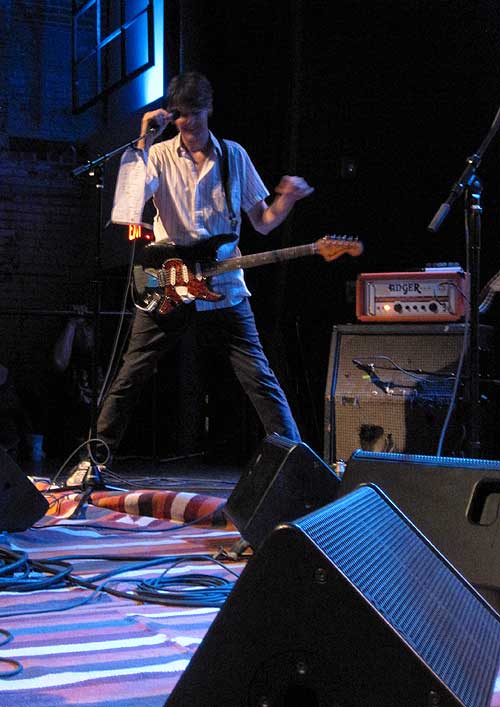 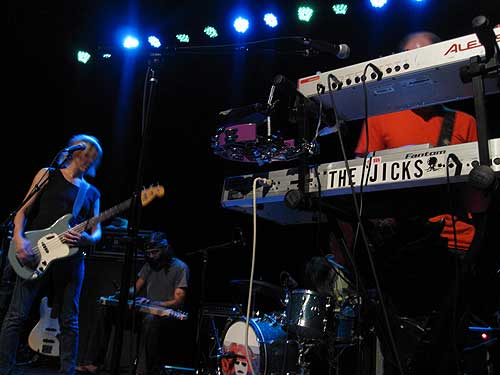 Much to my dismay, that little un-Twin amp did not exit the stage with the Holy Sons, but instead rolled a little to the right and turned directly at my face, for the Jicks' guitar/keyboard player to use. Joy. My ears are still ringing.

Malkmus was fun to watch: funny and goofy. Maybe a little drunk. He forgot some lyrics, had some guitar troubles, lamented not being able to play at the Cat's Cradle, etc..

I couldn't stop thinking that the bass player was actually actress Sarah Chalke. 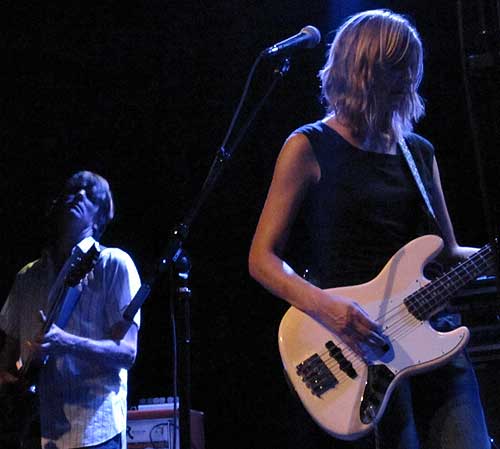 They played a lot of stuff from their (excellent) new album. Just a couple of things from older SM/SM&J's records, and nothing from Pavement. Some songs worked better than others. They were loose and a bit sloppy at times, usually due to Malkmus', err, freewheelin approach to playing. Of course there are degrees of sloppy. Pavement was sloppy. In fact, Pavement was so sloppy, live, as to be almost unlistenable. Even the live songs they've officially released for sale can be a hot mess. But, The Jicks are a much better band than Pavement, and generally keep it together while Malkmus does his stuff.

As usual, the sound from the stage wasn't great. So, after spending most of the set up front, I went to the back and hung out by the sound guy for a bit. Sounded much better, there. But, I wasn't really feeling it, so I bugged out a few songs early.