In case you needed any further proof that the modern anti-abortion movement is an outgrowth of many centuries of virulent misogyny and violence against women, Justice Samuel Alito’s leaked opinion draft striking down Roe v. Wade relies heavily on a 17th century English jurist who had two women executed for “witchcraft,” wrote in defense of marital rape, and believed capital punishment should extend to kids as young as 14.

“Two treatises by Sir Matthew Hale,” Alito wrote in his argument to end legal abortion across America, “described abortion of a quick child who died in the womb as a ‘great crime’ and a ‘great misprision.’ See M. Hale, Pleas of the Crown.”

How interesting that Alito would cite Pleas of the Crown! That’s the text, published in 1736, 60 years after Hale’s death, that defended and laid the foundation for the marital rape exemption across the world. Let’s go straight to the text:

“For the husband cannot be guilty of a rape committed by himself upon his lawful wife for by their mutual matrimonial consent and contract the wife hath given up herself in this kind unto her husband which she cannot retract,” Hale wrote. 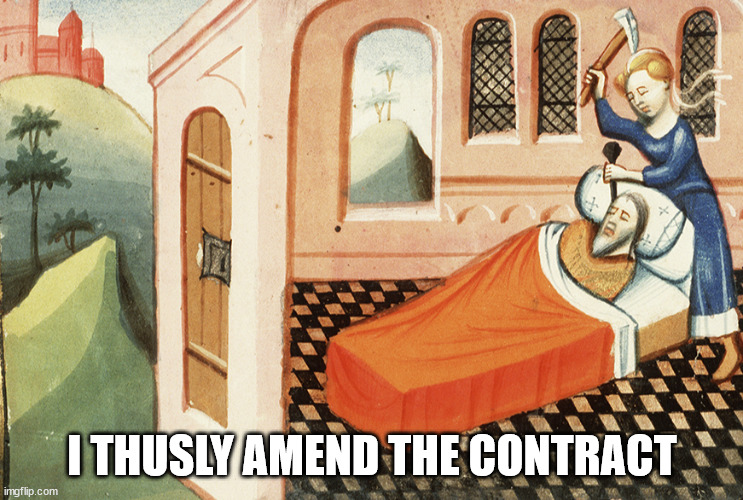