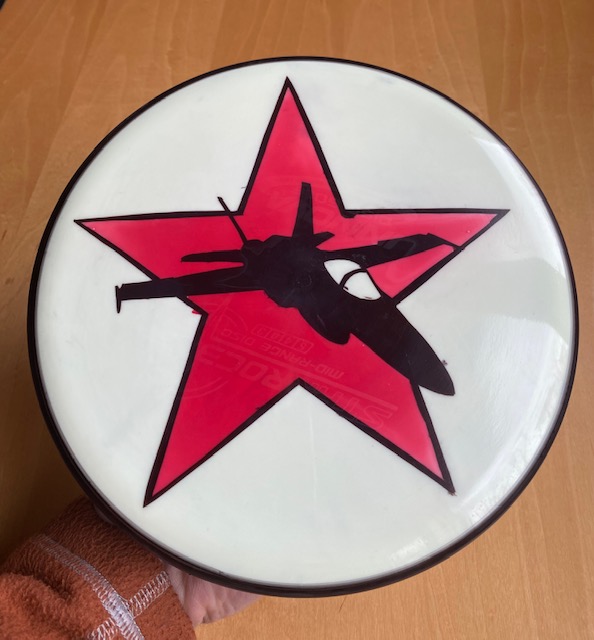 In disc golf, it's cool to put a US F18 on a Soviet star. Nobody cares.

Couple of small bleed-throughs in the black, and one on the red. But, overall, it's not terrible.

The star is off center a little. Not because I didn't get the design from the computer onto the disc exactly as I drew it, but because I drew it off-center on my computer (but didn't notice).

Created the design in Affinity Photo (because fuck Adobe for turning Photoshop into overpriced rent-ware and making it impossible for me to continue using the version I already paid hundreds of dollars for).

Made a little demo in Blender, cause I thought it might be fun:

Less fun than I hoped.

Printed out the design: 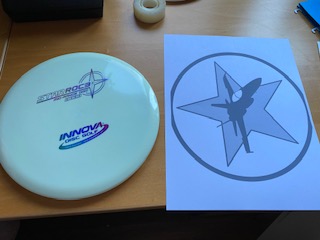 Traced that image with an exacto knife into some black adhesive vinyl to make a stencil. Wiped the stamp off the disc, stuck the stencil to the disc. Weeded-out the parts to be dyed black. 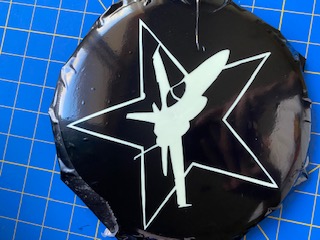 Dipped in some nice warm black dye for a couple of hours: 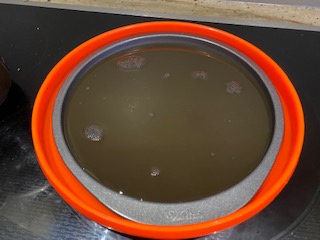 Peeled the stencil off: 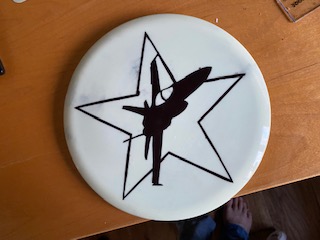 Cleaned off the smudged parts with acetone. Masked-off the white areas and hand-painted the red: 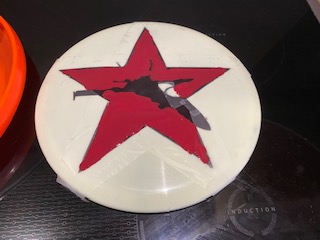 Peeled off the mask tape, put it on a turntable and put the edge on (first pic).