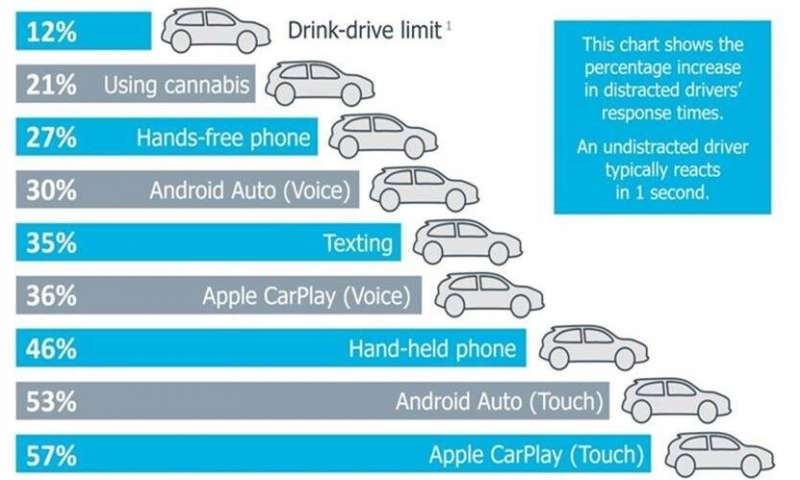 A study released by a British auto safety group this week reveals that cars equipped with digital entertainment systems are endangering motorists and other drivers they share the roads with.

Motorists using Apple CarPlay or Android Auto while they drive were found to display slower reaction times to obstacles in the road and to veer out of lanes while engaging with music app controls, according to the study.