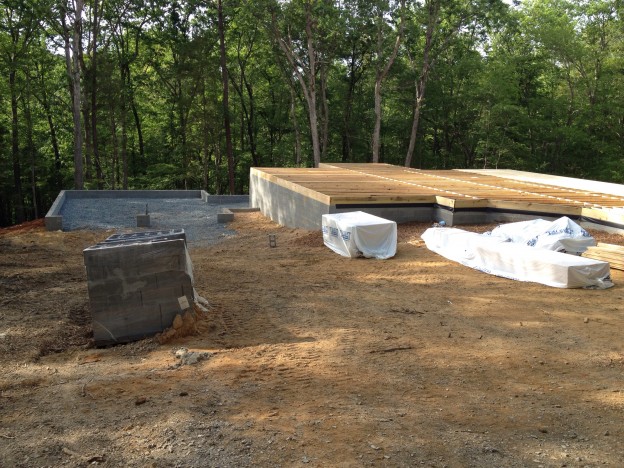 Joists are in and subfloor is starting. By this weekend, all the framing should be done – we’ll have a skeleton of a house.

But, I’ve developed a concern; and it’s just under seven feet tall.

The part on the left is the garage, the stuff on the right is the house. Though it might look otherwise, the height of the wall between the garage and the floor of the house (counting the joists) is about seven feet on that back corner. The garage level will rise once they put the concrete floor in, but so will the level of the house once they put the subfloor and floor on it. So, that difference will stay. 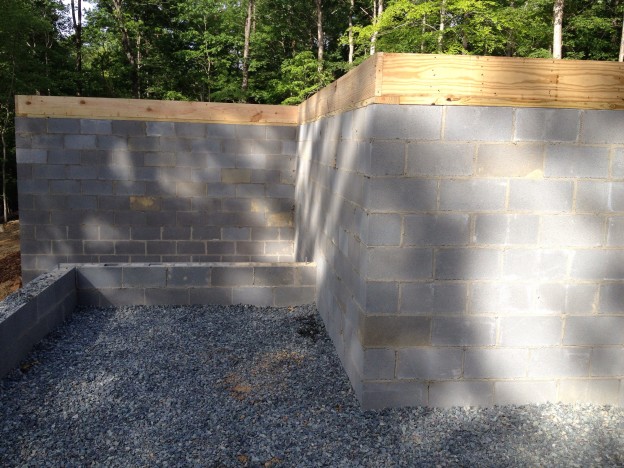 That’s what it looks like standing in the garage, looking towards the house. The ‘mechanical’ room, where the hot water heater will go, is the space on the left. The door between the garage and the house (into the mudroom) is supposed to go on the right, roughly seven feet up. Assuming standard stair pitch, that’s at least twelve steps. The primary point of building a one story house being to avoid stairs, this concerns me.

Builder says there’s nothing that can be done about the foundation now.

Here’s the relevant part of the floor plan: 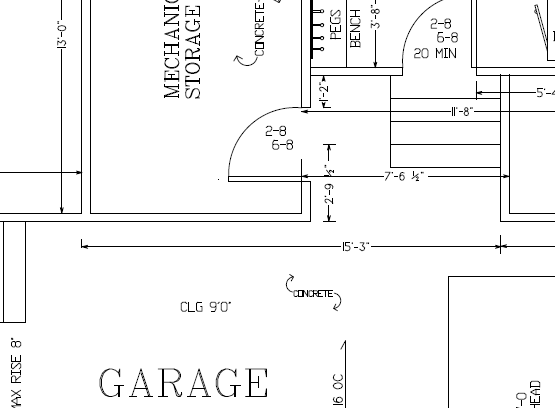 I was standing on the word “GARAGE”, for that last pic.

That’s assuming a flat lot, with garage and house built on the same level. And it shows four stairs (right), with room for maybe two more. But if we need twelve steps, we’ll need eleven-ish feet of horizontal space. Where the hell does that come from?

After talking it over with the builder, the garage entrance door is now going be in the mechanical room area and the staircase will snake around the corner to get there.