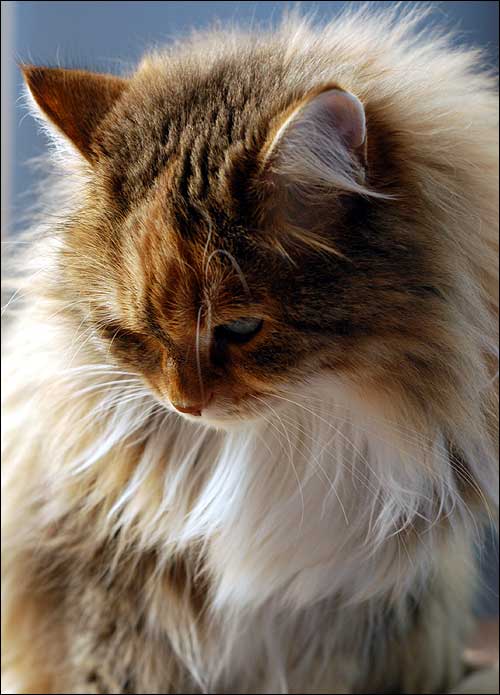 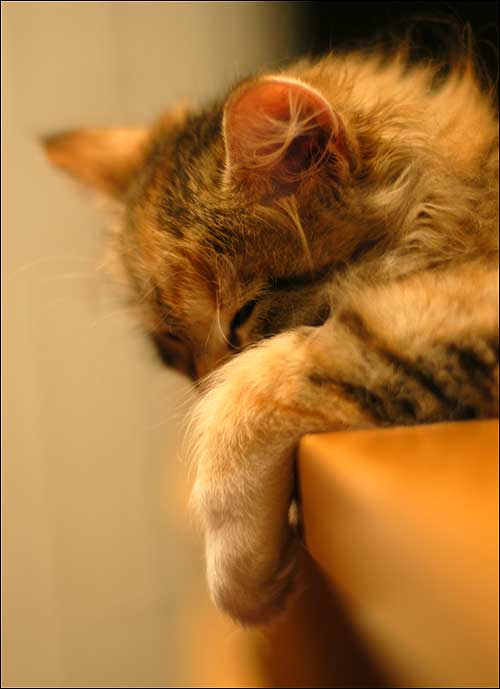 We took Pete to the vet Tuesday, and they ran a bunch of tests on him. But the tests revealed nothing – no infections, no parasites, no interesting levels of anything in any of his fluids or excretions.

The vet did feed him some special prescription-only (!) cat food while they had him, and he tolerated that pretty well. So she gave us some to take home and it seems to have helped quite a lot. He’s still not totally right, but the food does seem to stick with him better. So we’re giving him the special food, and antibiotics, and probiotics, and Pedialyte (for hydration), and canned pumpkin (for fiber). He’s no longer dehydrated and might even be putting on weight. He is always absolutely ravenous and we feed him every few hours. Still, even though food doesn’t rush out of him, it comes out … softer than ideal.

So I’m thinking … food allergy that hasn’t quite settled down? IBS, IBD? 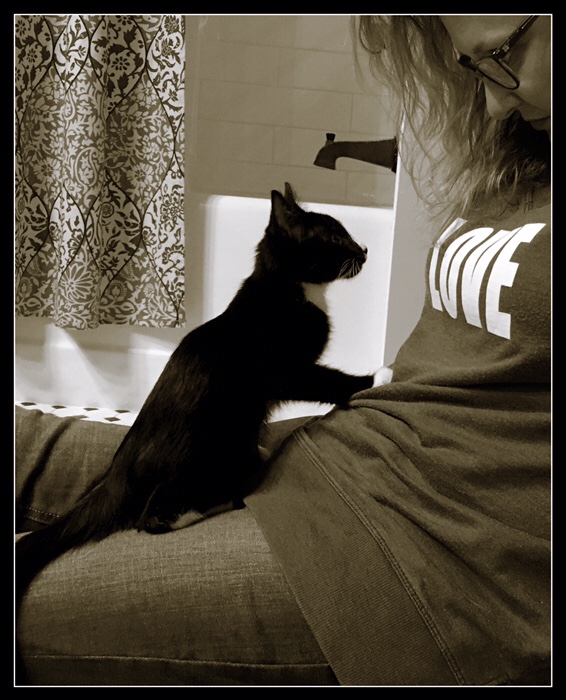 He still officially lives in the bathroom. But he’s sneaked past us a couple of times and has seen most of the house and has bumped noses with Pepper. Pepper seems cool about the whole thing. Thankfully. She isn’t hissing and spitting like Tricksey was when Pepper showed up. 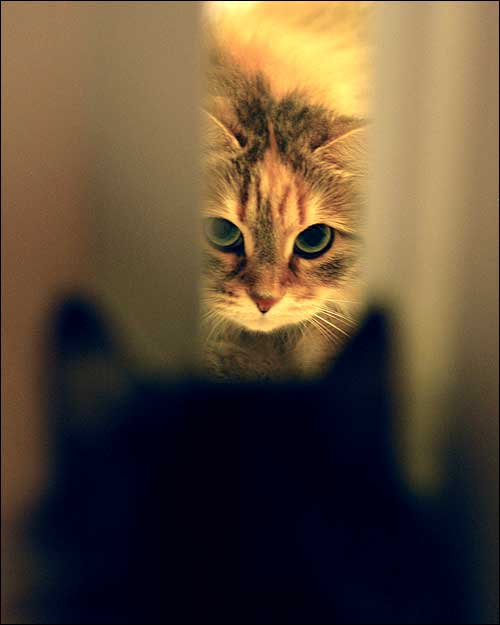 T wanted Pepper dead, the second she first saw her through this crack in the door.

There are services that will come to your house and put your pet out of its misery.

One will be here in 2 and a half hours.

Today I dug my first grave. 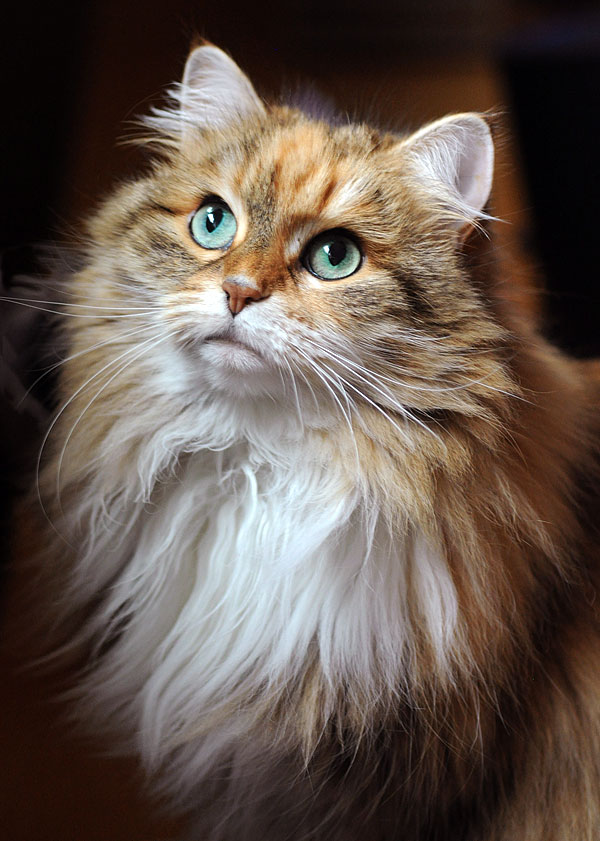 Tricksey is declining. She’s having trouble swallowing, even butter. And, she’s afraid of us. She runs away from us and hides under beds – even when we are offering her butter.

I think she knows something is happening, but she doesn’t know what’s causing it. 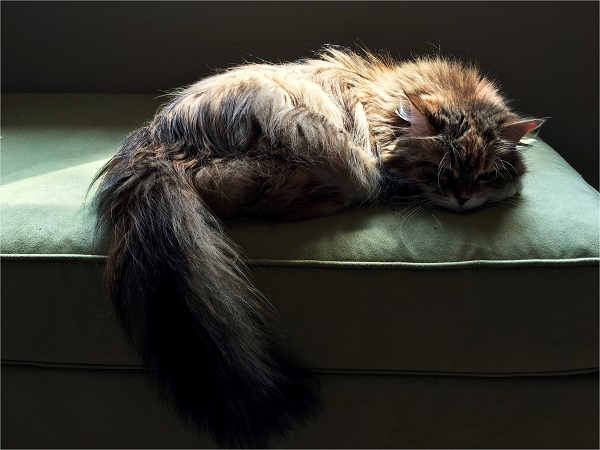 The tumor is big, and growing. She doesn’t like us to touch it – we assume it’s painful. But, she’s hanging in there. Dejectedly. Occasionally, she still acts like the cat she used to be, and that’s nice. But mostly, she just begs for butter. It’s her new favorite thing in the whole world. If I step into the kitchen, she sits by the fridge and waits for butter. First thing in the morning, she waits for butter. She won’t eat her normal food unless she gets some butter, first. I can’t say no. 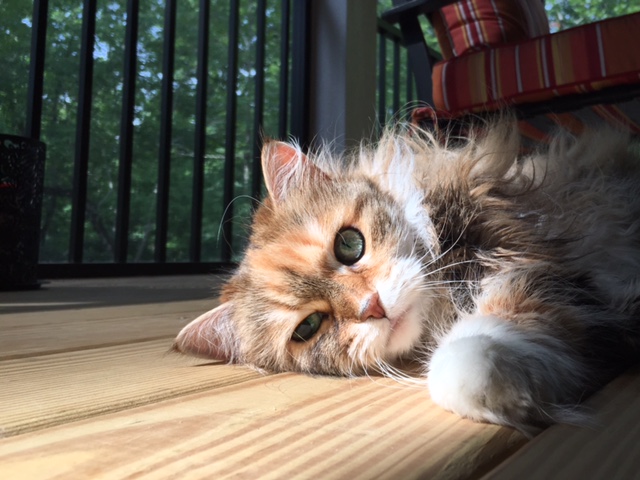 Saturday afternoon, T came in from off the porch and sat down in front of me. Her right pupil was wide open but her left one was a thin vertical slit. Over the next 12 hours it got back to normal, -ish. It’s still a little wide, but at least it reacts again.

We’d been wondering how and when the tumor was going to start visibly affecting her. I guess this was the first sign.

And, maybe I’m reading too much into this but… twice now, I’ve seen her go into the hall closet, walk right up to the cat carrier she rides in when she goes to the vet, sniff it a bit, then walk away. It’s on her mind, apparently. 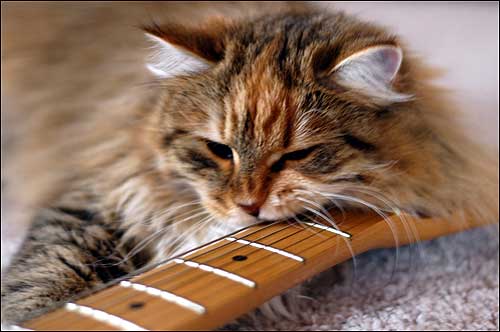 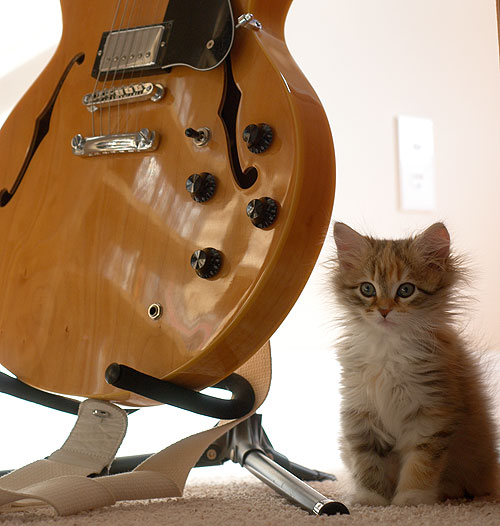 Vet confirms that the lump in Tricksey’s neck is cancer, and is inoperable.

We have some steroids to maybe help slow it down.

But she’s officially running out her clock. And then we’ll have to stop it for her.