Has everyone seen the fluffy snow-covered Siberian Farm Cats ? 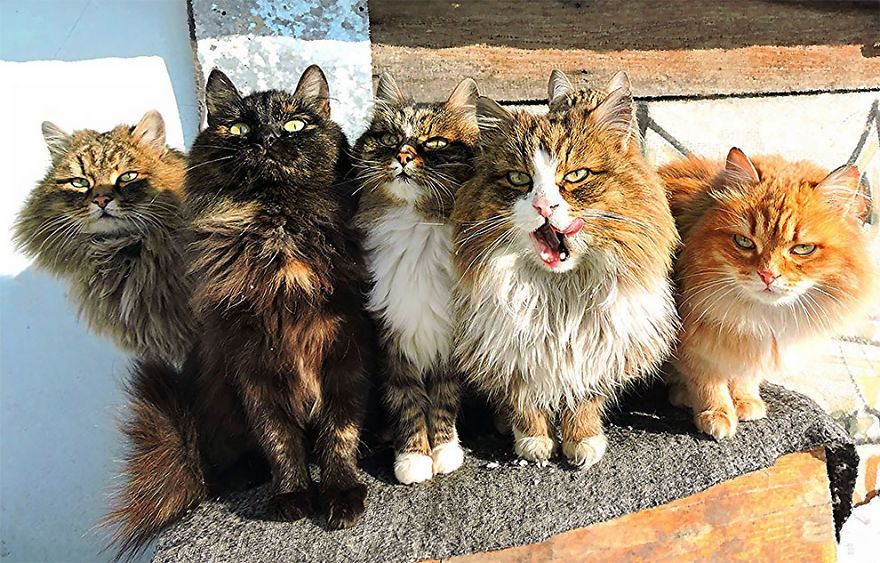 Pepper wants you all to know that she a Siberian, too. And so was Trickey. They like to look at snow, but don’t get much chance to go play in it.

Pepper is built like the cats above: big fluffy body, giant mane, little stumpy legs. T was a runt so she stayed small (but fluffy). 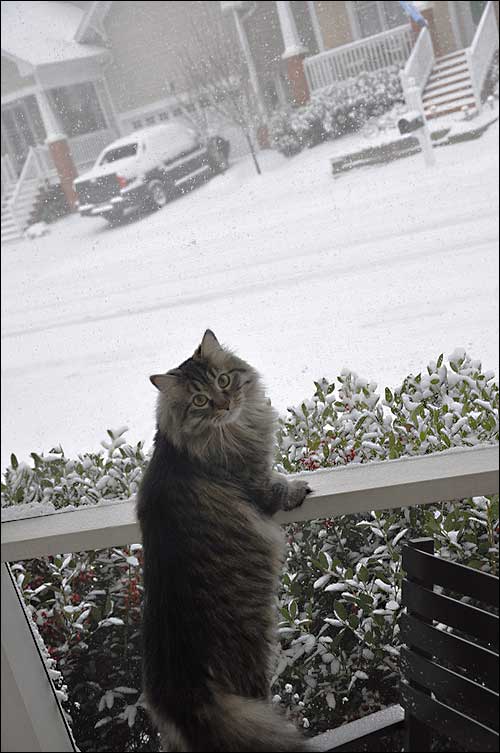 Let me run in the snow like a true Siberian! 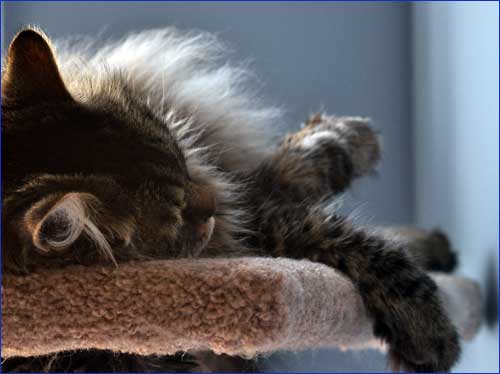 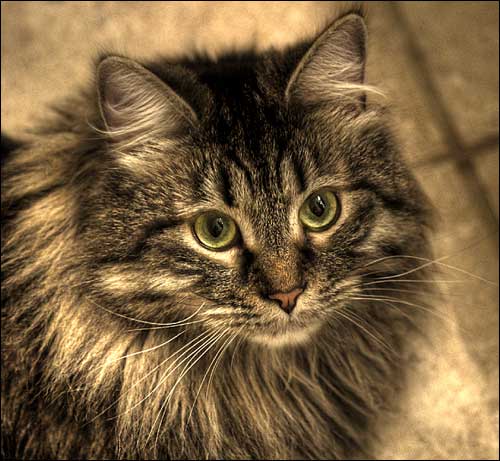 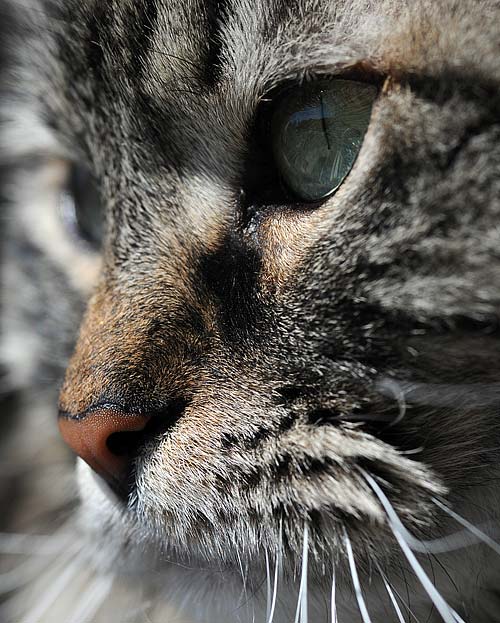 Now that she’s our only cat, we’re getting to know Pepper a lot better. She’s very sweet and loves to be petted. But she’s also kind of weird. She generally hates being picked up but sometimes she doesn’t. She can’t jump anymore (bad knees, we think – though she is kinda chubby) so we’ve arranged things to give her steps to climb . She acts like she wants to play, but I think she really just wants to lie down while I pay attention to her. Sometimes she’ll get into it enough to lift a single paw. But she doesn’t jump or pounce or chase, and she definitely doesn’t grab and attack toys like T would do. She likes catnip, but just to eat. She doesn’t roll around in it or stick her face in the bag and huff it, like T loved to.

She eats a lot less now that T’s gone. She doesn’t stink up the litter box so much, either. No idea what that could be about.

She sleeps on the bed with us, but as soon as the lights go out, she jumps off the bed to go have a snack and hit the litter box. Then she meows until we make some noise to assure her we’re still there. When she’s sure we’re still around, she jumps up and walks up to the head of the bed, to be petted some more. She used to sleep in the cat beds we have in the room. But I haven’t seen her in one since she became an only cat.

Four times now, she’s led me to the coat closet and demanded that I open it so that she can go in and smell Tricksey’s cat carrier – just like T did a couple of times towards the end. She looks at it, walks up to it, gives it a slow sniff, pauses, then walks away. She also looks around the bedroom when we first get into bed night before the lights go out, and I think she’s looking for T. But who knows. Cats are mysterious critters. 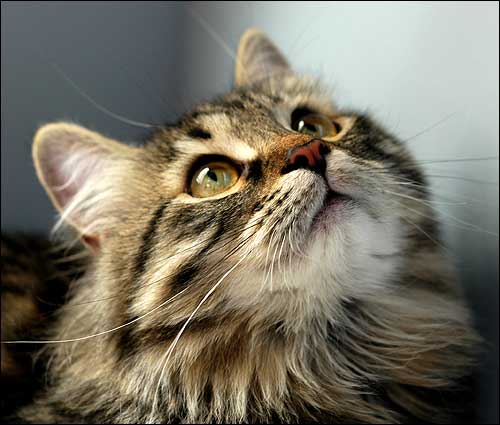 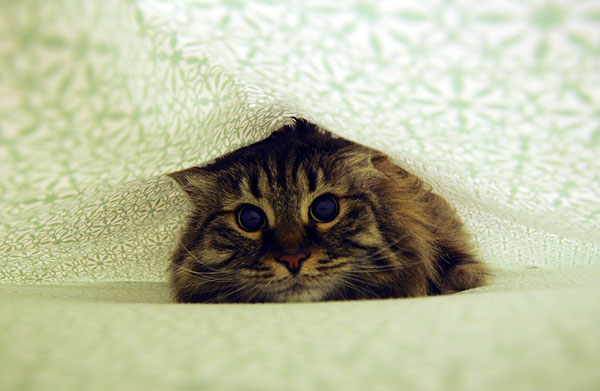 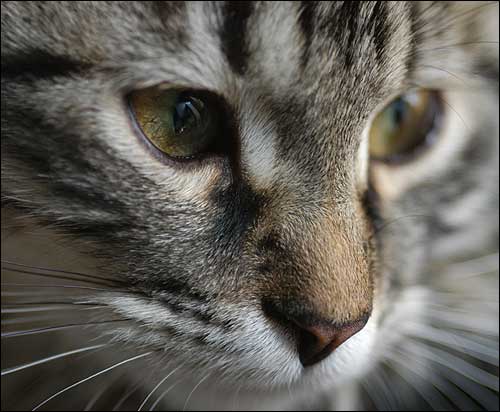 … she loves to crawl around in fresh sheets on the bed. 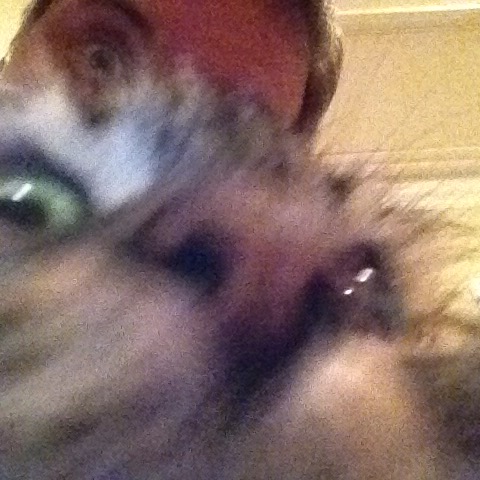 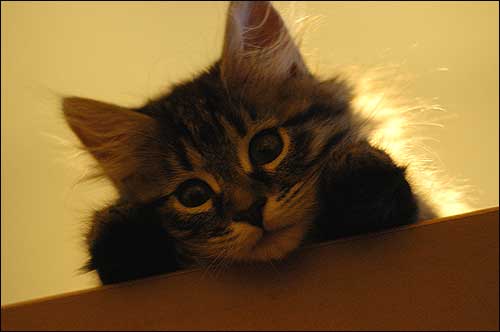