I just wrote a long Listening To post but FYWP ate it. 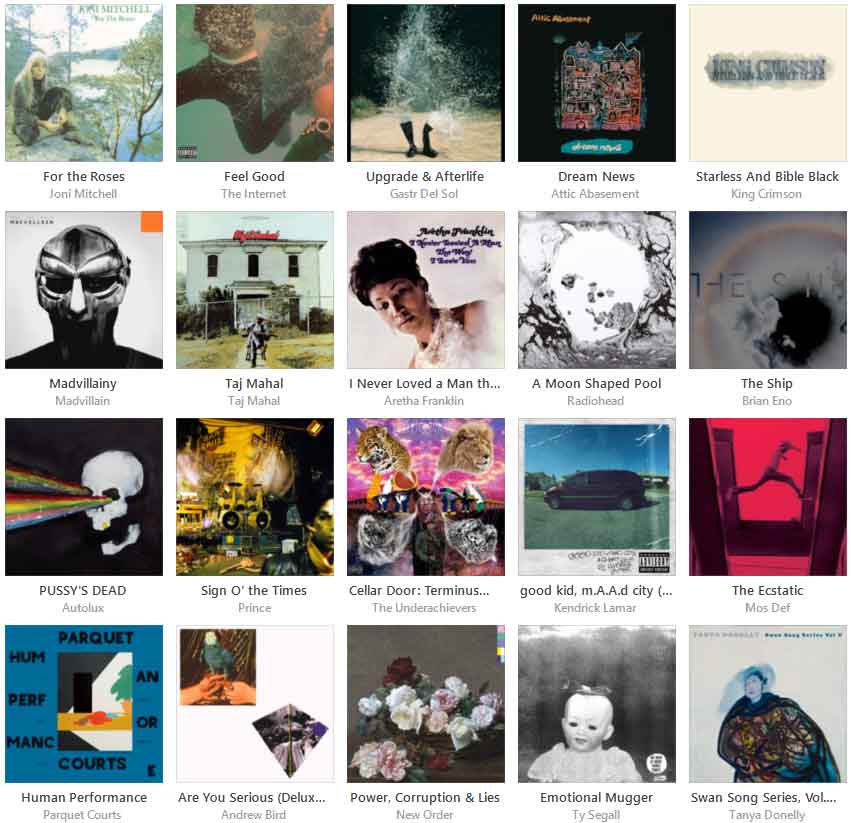 When I do these “Listening To” posts, I always have a hard time remembering which albums I’ve recently purchased. So here’s a screen shot of the most recent 16 from my iTunes “Recently Purchased” list to help me…