According to police, 23-year-old Nastasia Snape was driving northbound in the area of 4000 North Ocean Boulevard. at approximately 10:20 p.m. when she drove her car off the road and onto a sidewalk.

That’s when, according to an arrest report, Snape hit the victim, who was walking southbound on the sidewalk.

The victim has been identified by authorities as Sandra Feuerstein. She was rushed to Delray Medical Center where she was pronounced dead.

Police said Snape did not stop her car after hitting Feuerstein.

She continued going, striking a 6-year-old boy who was crossing Ocean Boulevard in the crosswalk, before re-entering the roadway and continuing northbound, according to police.

There was no update in an arrest report on the condition of the boy.

Police said Snape exited the vehicle and while being treated by first responders, began screaming and fighting with medics, stating that she was “Harry Potter.”

In the intro, when there's a bunch of text floating around, YouTube's auto-generated Russian-> English closed caption reads:

"[music] you do / over the dominion of serial plasticine muzzle wounds."

This is going to be meme fodder for ages.

This is the big reveal in the finale of #QIntotheStorm where Ron Watkins says too much to Cullen Hoback and lets his guard slip.

It was so good it made the whole six hours worth it. pic.twitter.com/QzwTGNcl5q

This excerpt from his new book is pretty great.

In the 2010 midterm election, voters from all over the place gave President Obama what he himself called “a shellacking.” And oh boy, was it ever. You could be a total moron and get elected just by having an R next to your name—and that year, by the way, we did pick up a fair number in that category.

Retaking control of the House of Representatives put me in line to be the next Speaker of the House over the largest freshman Republican class in history: 87 newly elected members of the GOP. Since I was presiding over a large group of people who’d never sat in Congress, I felt I owed them a little tutorial on governing. I had to explain how to actually get things done. A lot of that went straight through the ears of most of them, especially the ones who didn’t have brains that got in the way. Incrementalism? Compromise? That wasn’t their thing. A lot of them wanted to blow up Washington. That’s why they thought they were elected.

Some of them, well, you could tell they weren’t paying attention because they were just thinking of how to fundraise off of outrage or how they could get on Hannity that night. Ronald Reagan used to say something to the effect that if I get 80 or 90 percent of what I want, that’s a win. These guys wanted 100 percent every time. In fact, I don’t think that would satisfy them, because they didn’t really want legislative victories. They wanted wedge issues and conspiracies and crusades.

The last time ships got stuck in the Suez Canal, they were there for eight years. From 1967 to 1975, in the aftermath of the Six-Day War, 14 ships were stranded in the Great Bitter Lake, a salt lake connected to the canal. Unable to leave, the crews, dubbed the "Yellow Fleet" because of the desert sand that eventually covered them, developed their own society at sea. This society developed its own postal service and stamps, and held a version of the Olympics in 1968.
...
The world was less connected in 1967 than it is today. The ships had access to radios and were able to call home, but Egyptian authorities eventually asked them to stop. As the crisis wore on, the Canadian government negotiated the exchange of crews from the ships. Supplies came in from Egypt, some sailors went home and others stayed on, but Egypt would not allow the ships to leave the canal.

Over the next eight years, a weird system developed. The companies that owned the ships were allowed to cycle crews through the ships, maintaining skeleton crews to keep them afloat, but weren’t allowed to sail the ships out of the canal. As time passed, the ships communicated with each other and grew into a community. They formed the Great Bitter Lake Association to administer to the needs of the crew.

A piece of the Wright brothers’ first airplane is on Mars

Ingenuity will attempt the first powered, controlled flight on another planet no sooner than April 8. It will mark a "Wright brothers' moment," noted Bobby Braun, director for planetary science at NASA's Jet Propulsion Laboratory

The Carillon Historical Park in DaytonOhio the Wrights' hometown, donated the postage-size piece of muslin from the plane's bottom left wing, at NASA's request.

The swatch made the 300 million-mile journey to Mars with the blessing of the Wright brothers' great-grandniece and great-grandnephew, said park curator Steve Lucht.

Sittin here in the drive-thru FEMA tent, after getting my C19 shot from a bunch of masked people in fatigues.

Feeling like some dystopian shit should be going down. 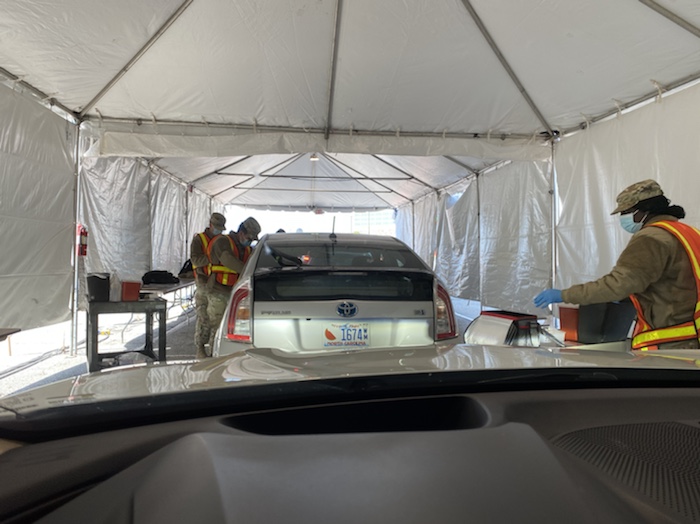 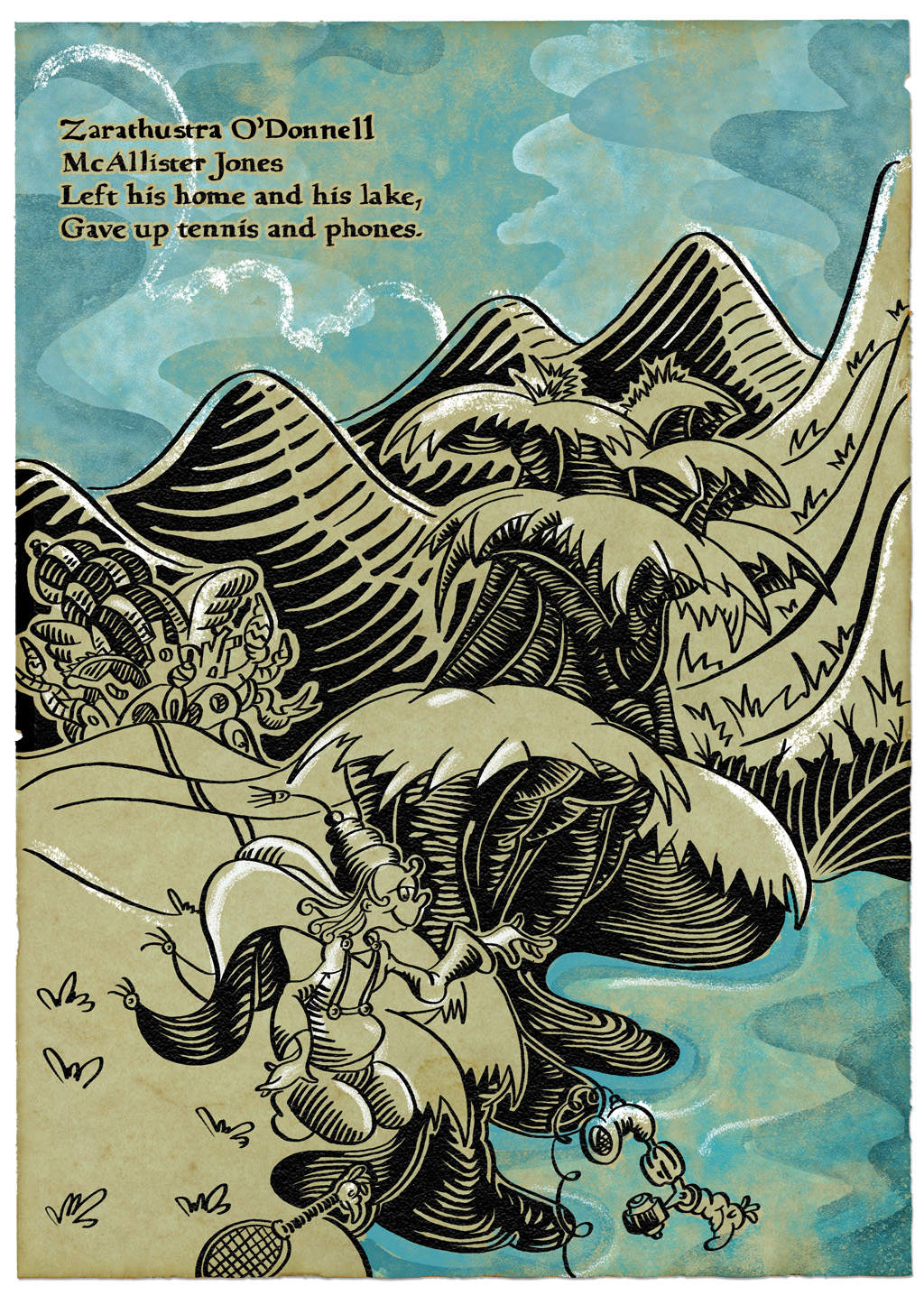 Emotionally-out-of-control snowflakes demand the state punish people who make them lash out violently.

Kentucky’s Republican-majority Senate on Thursday moved forward a bill that would make it easier to arrest protesters for insulting a police officer, a measure that critics say would stifle free speech.

The bill, passed two days before the anniversary of the fatal police shooting of Breonna Taylor, would make it a misdemeanor to taunt or challenge an officer with words or gestures “that would have a direct tendency to provoke a violent response from the perspective of a reasonable and prudent person.” Conviction would be punishable by up to 90 days in jail and fines of up to $250.

State Sen. Danny Carroll (R), who sponsored the bill, said it would enable officers to arrest someone inflaming them before the encounter turns violent. The provision is meant to apply to comments that are “obviously designed to elicit a response from the officer — something to push them to making a mistake, pushing them to violence,” he said, although courts would have the final say in interpreting the rule.

It's apparently too much to ask that Kentucky police be required to keep their emotions under control in the face of insults.

Q: The GOP is clearly not a governing party any more. But what are they?

A: They are a theater troupe who uses the Capitol to stage performances of "Scenes From The Culture War" for the sponge-brained nitwits who vote in GOP primaries.